FOR A DAY'S BROWSING, hunter mounted on a horse, several others walk with dogs beside him 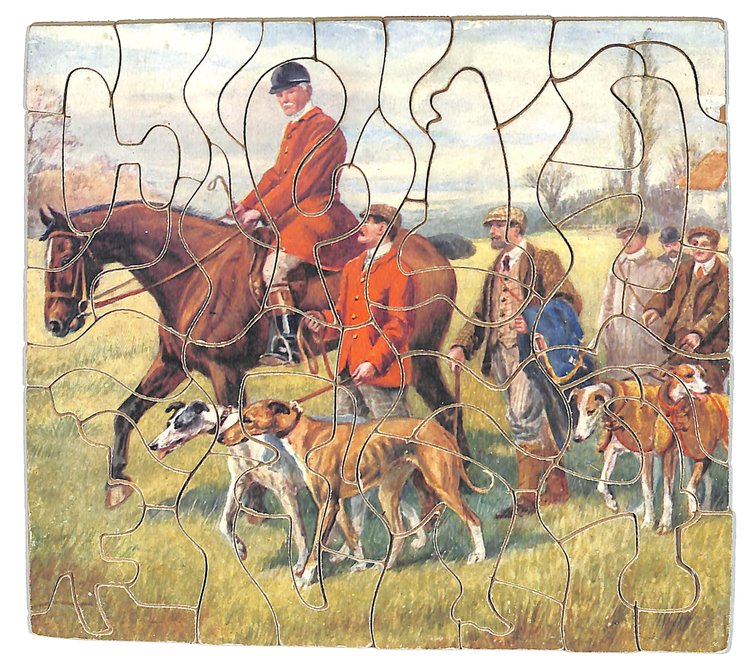 All Items in Set